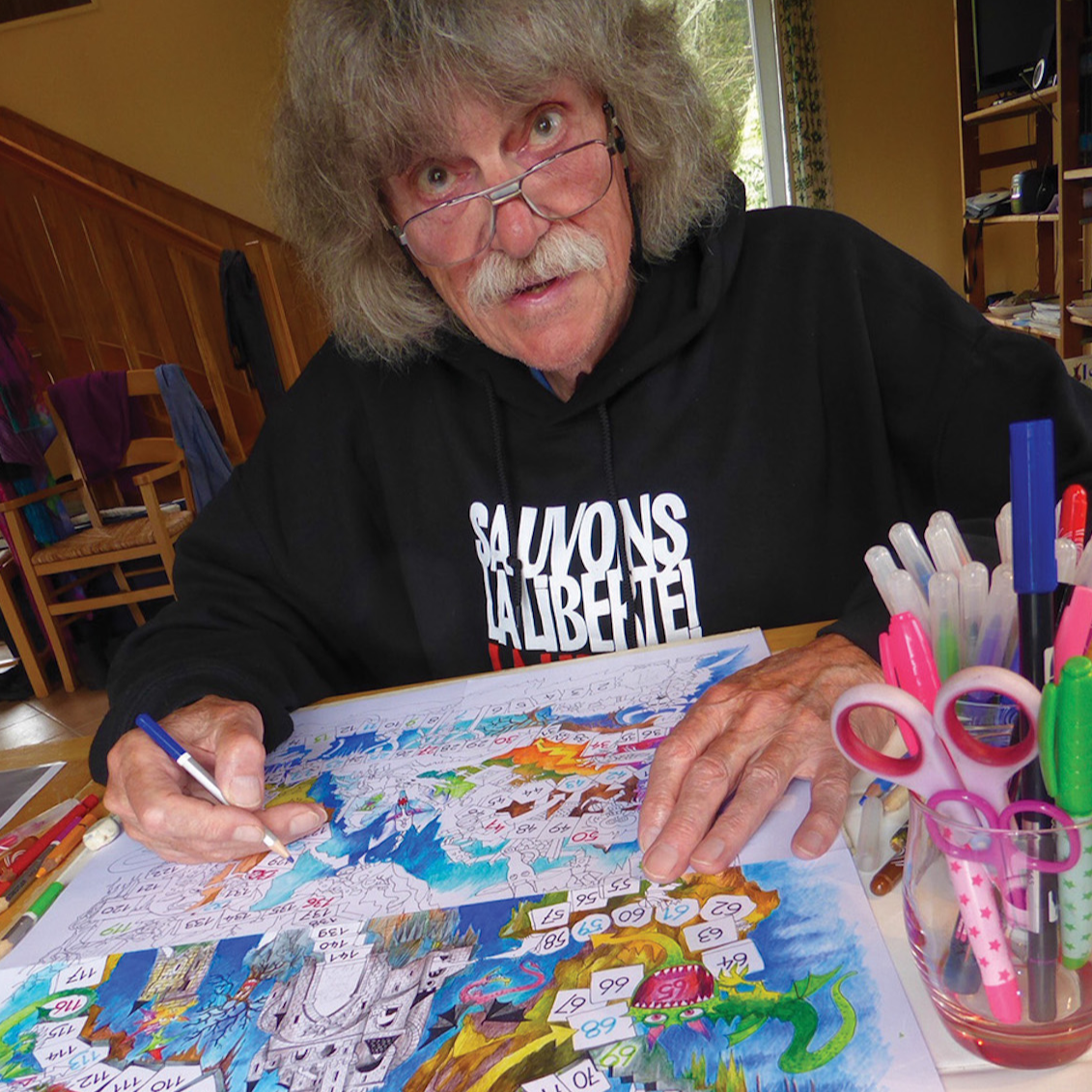 Pit Weyer was born in 1940 in Luxembourg. From 1959 to 1964 Pit studies graphical arts at the Folkwangschule für Gestaltung in Essen, Germany. In Luxembourg he joines his father’s business and in 1966 Lex junior is born. Anne and Pit soon become involved in the left wing movement and the underlying artistic community. Between 1966 and 2020 he has created over 350 posters for different luxembourgish theatres. His son Lex joins him in 2004 in the family business lex+pit weyer création/publicité.

Pit Weyer’s drawing style proves to be rather difficult to categorise. It’s best described by revisiting his different artworks. His refreshingly ludicrous posters are populated with absurd characters and objects. Sometimes one is reminded of Terry Gilliam’s collages and animations in the Monty Python’s series.