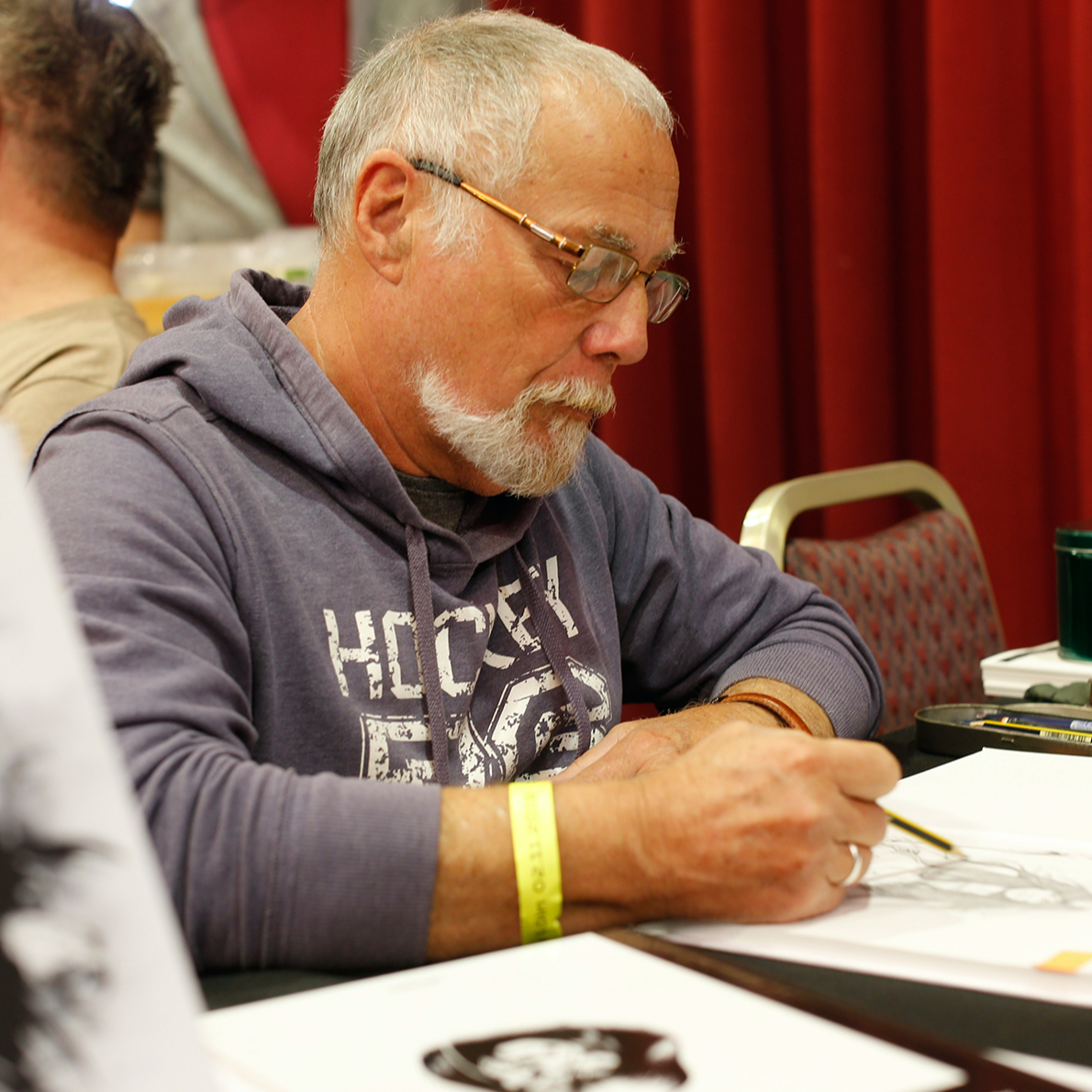 Fern was born in 1948 in Luxembourg and is currently living in Germany. Though drawing since his childhhood, he only startet publishing at the age of forty. His artistic career startet with de second edition of the International Comic Festival of Contern in ´98, when Denis Berche asked him to join the team of Le Jeudi. There Fern published cartoons and caricatures and joined later also the team of Le quotidien.... During those years he additionally published six cartoonbooks an one comicbook.

In 2006 he gave up the job as a cartoonist and started a second career as an illustrator and comic-artist. Meanwhile he´d published zwelwe artwork- and comic books with  german and french editors . He performs in two diffenrent styles, one more funny and based on the traditional caricature, the other drifting into the fantasy world in old-school American Stlyle, rather dark and mostly explicit.

Conan and Zenobia (making of)